D’Armela is the result of a feeling that condenses where we came from and where we want to get to.

Our history is of reinvention and adaptation, generation after generation. We are descendants of farmers from beyond where the memory arrives. Always from the Alt Maestrat. The family histories speak of changes of country house, of owner and of village, of losing it all by the phylloxera in Foies de Dalt (Benasal), of strong roots in the Mas de Besser and in the Mas d’Estaca (Ares), and of the miseries of the war in the Mas de Lozano and Gibalcolla (Morella). They talk of recover from the void in the postwar and of back-breaking long day work in Tírig and in the Mas d’en Torres (Les Coves). And they hardly ever talk about the unvisibilized women, self-sacrificing and brave, courageous, essentials. Those who have never stopped, those who have tighten the straps to everybody so that nothing stopped, the real engines of the merits of the men. The weavers of the network that bind us together, the foundation of our history.

The current generation has grown up in Tírig to the warmth of the almond and olive cultivation. In 1953 our grandparents bought Tírig’s first tractor. They ploughed in turns, by day for the daily wage and at night to themshelves. To never stop was his main legacy. The devastation of the year of the frost, in 1956, forced the beginning of what we are now. In 1988 we brought the first almond harvester of Castellón area, of which we are aware of.

And following tradition, we do not stop to evolve. We do not know if we live a time of change or a change of era. In any case, we are motivated by curiosity and the desire to learn: the only constant is to never stop adapting to change, combined with the will to live in the village. And in this we are. 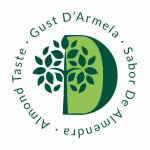 We love the land Dry Farming

In D'Armela we put in value the products of our land, raw materials that from so much feeling them, almost we have believed that are worth nothing.

We have gone from moving tons to pamper each batch with the delicacy of the artisans. We study their virtues and transform them into products that deliver our essence wherever they go.

And we do this by applying innovation methodologies to develop new products aimed at the natural and healthy food sector.

Craftsmen of the detail

We work by batches, by limited circulations with their own personality.

From the land to the table

Our workshop is half way between Tírig and the Museum of Valltorta, against the roundabout of the football field, CV-130, 10 Km.